What a pleasure to have the opportunity to plan the illumination of this impressive Swiss monument! It was a matter of great interest to understand architecture in its spatial composition and power, to gather demands and plans from the monastic community, architect and specialist planners and then to design a lighting concept for this art historical heritage.

The two-tower church building in the style of Vorarlberg Baroque was completed in 1712. The subsequent history of the monastery complex includes attacks by Napoleon’s troops as well as two devastating fires, whereby the high altar at that time and a large part of the ceiling paintings in the nave fell victim.

Although the last decades have been calmer, they did not pass by without leaving a trace. Due to the partly precarious condition of the building substance, the church was subjected to extensive restoration. The construction costs of 16.1 million Swiss Francs were collected with the help of fundraising. Restoration work could thus begin in 2016. After almost four years of construction, the monastery church was reopened in its new light and old splendour on 11th November 2019, the name day of St. Martin.

Since then, the ornamental interior has been convincing not only in daylight. The spatial effect and atmosphere can be adapted to church services and liturgy using different lighting scenes. The lighting control is carried out according to the latest state of the art via wall panels or with a portable tablet, e.g. for guided tours.

For the placement of the spot and indirect lighting, the all-round cornices of the supporting columns were ideal. All the luminaires were positioned in such a way that they remain hidden from the visitor when viewing towards the choir. In this way, additional optical distractions were avoided and the focus was left on the rich baroque ornamentation.

The new lighting, which was received with joy and praise, was the result of a goal-oriented, fantastic teamwork of all the craftsmen, specialist planners and decision-makers involved. 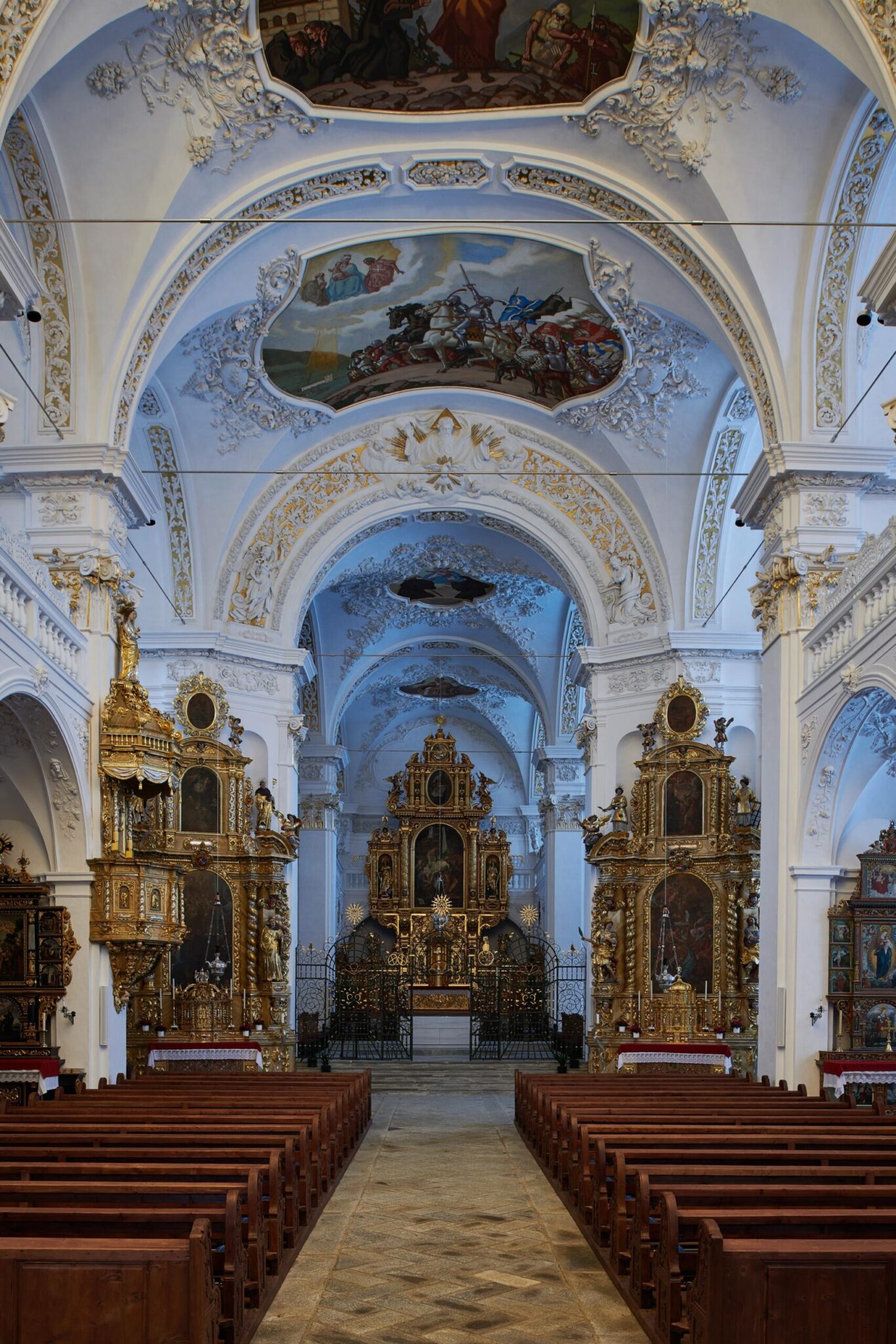 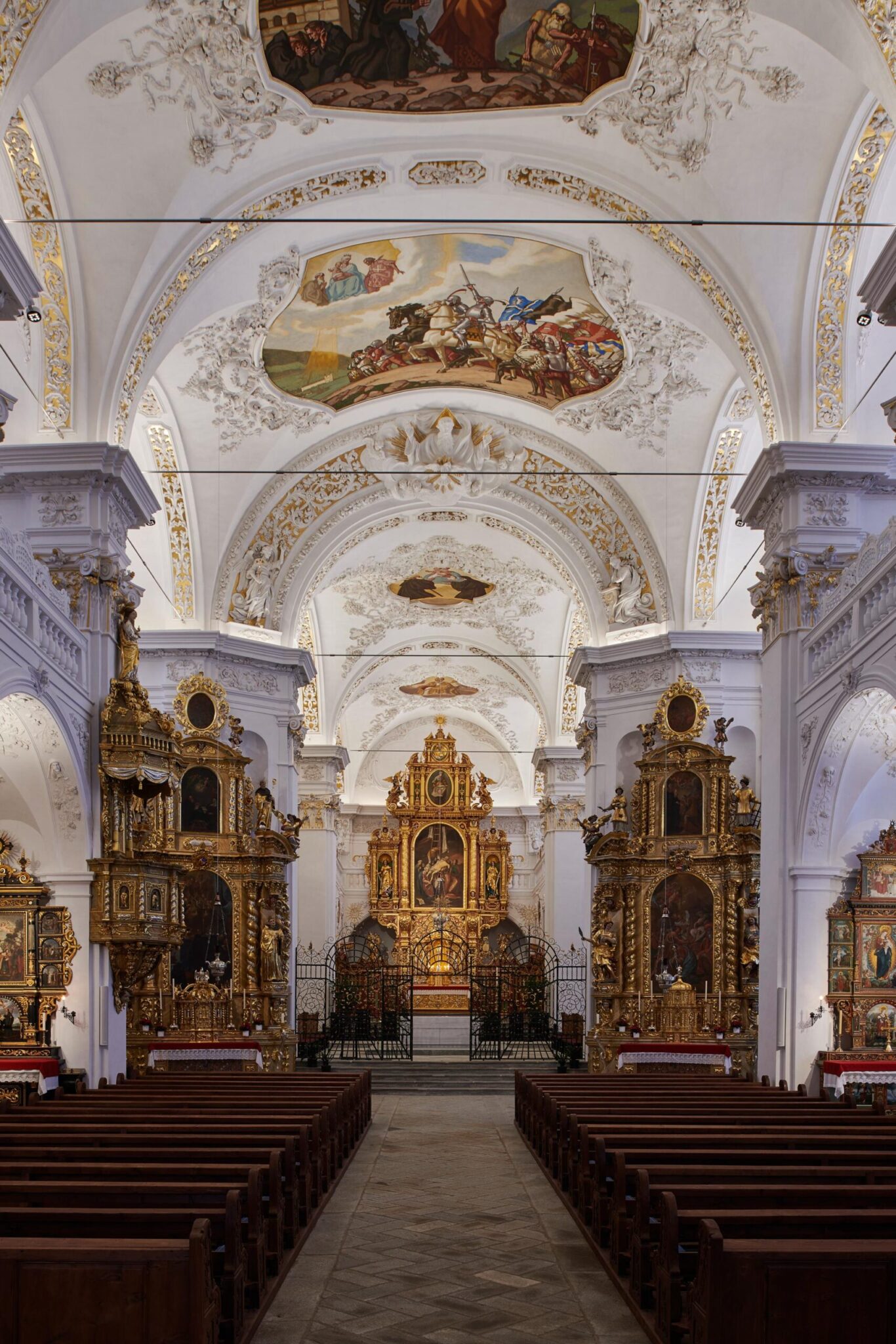 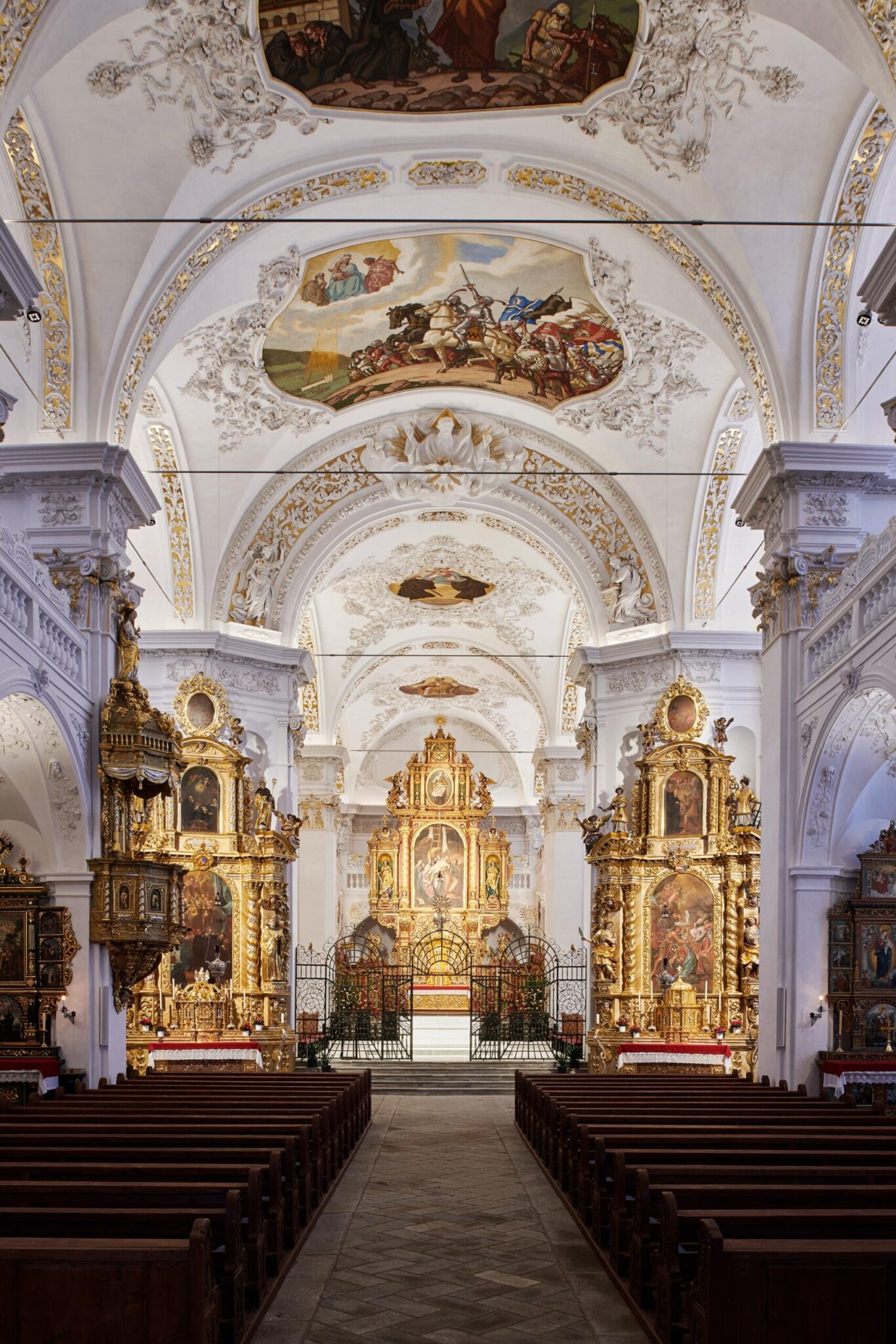 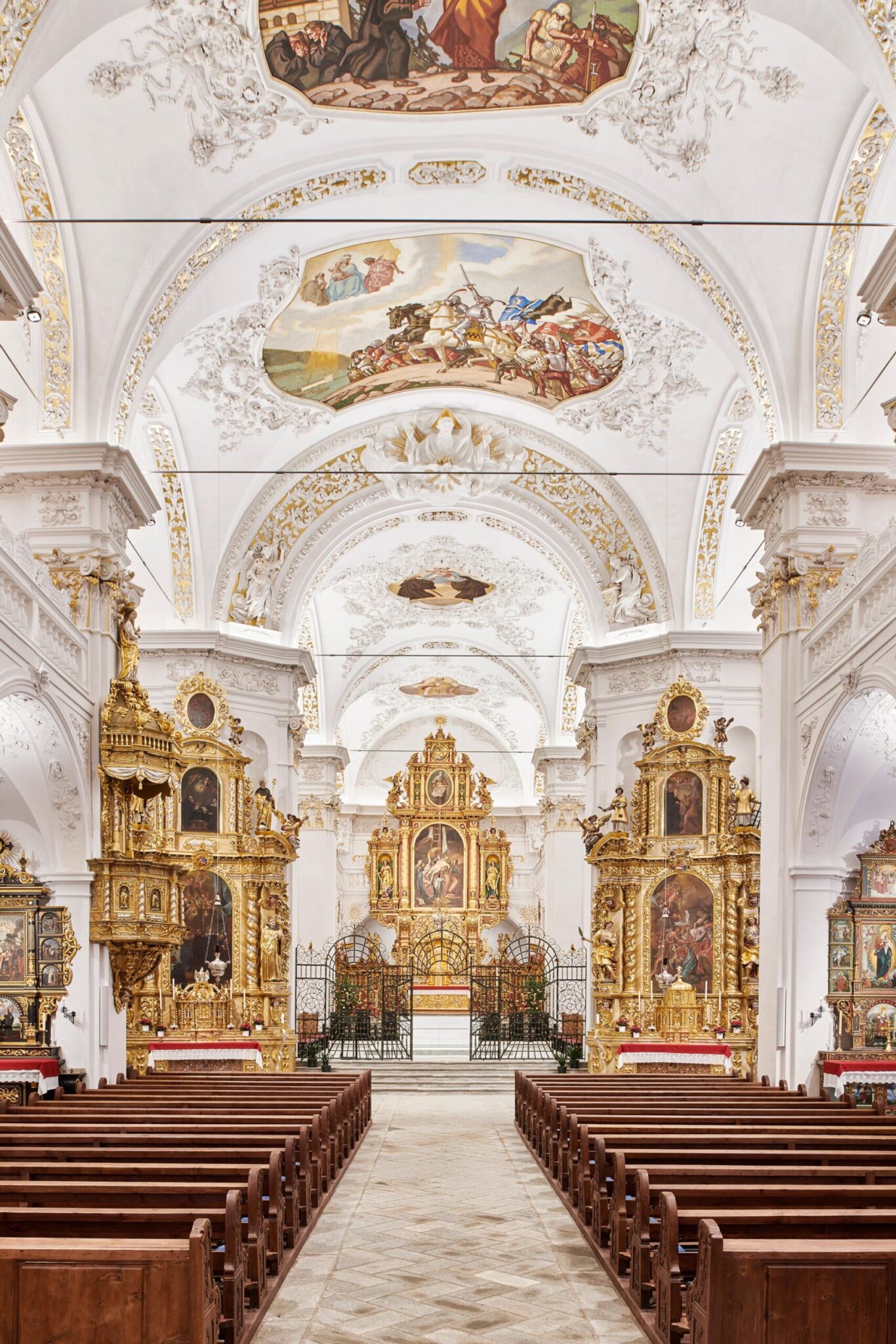 «The church ceiling can be brightly illuminated at great feasts in an absolutely homogeneous and completely baroque idea of “opening to the sky”.» 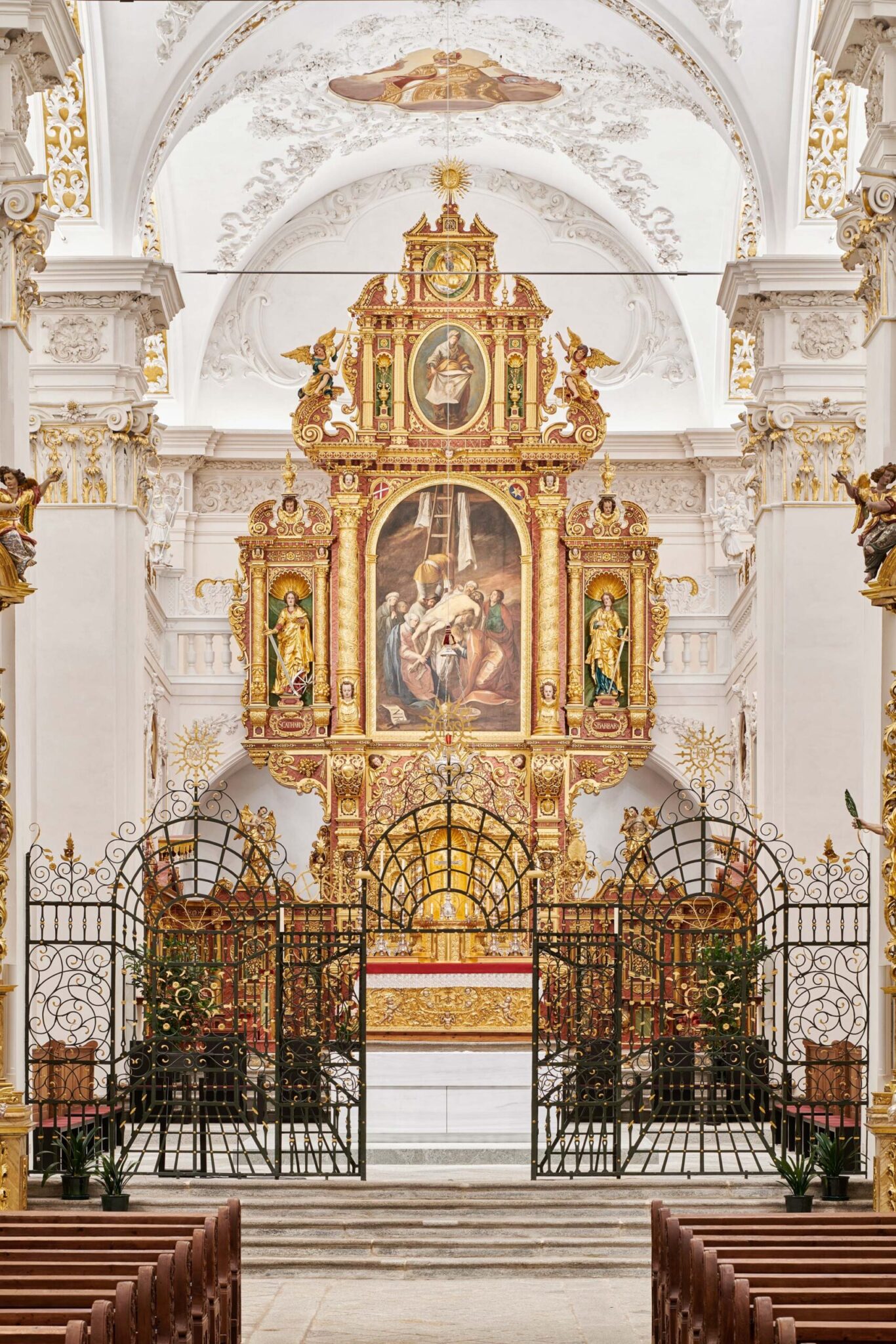 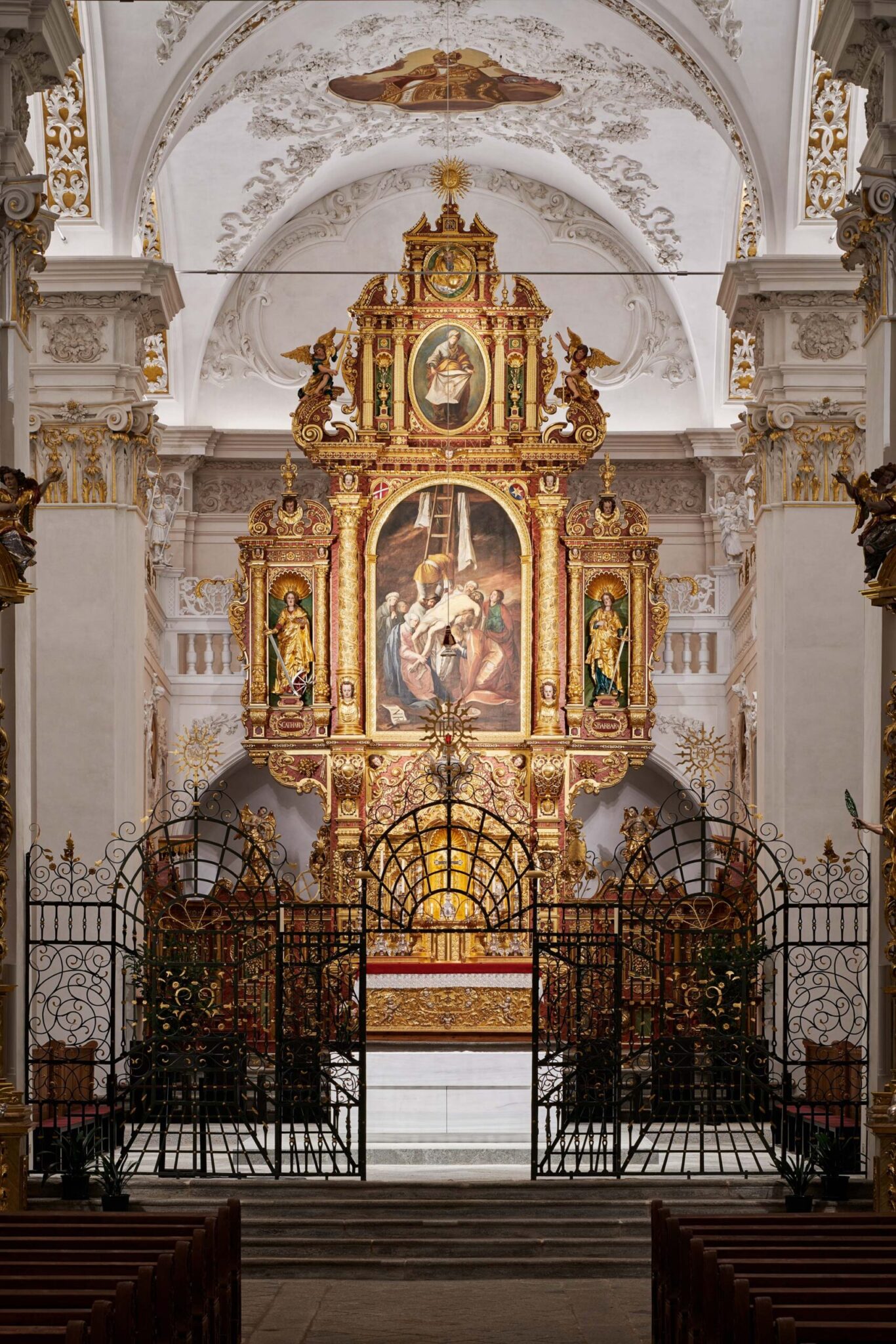 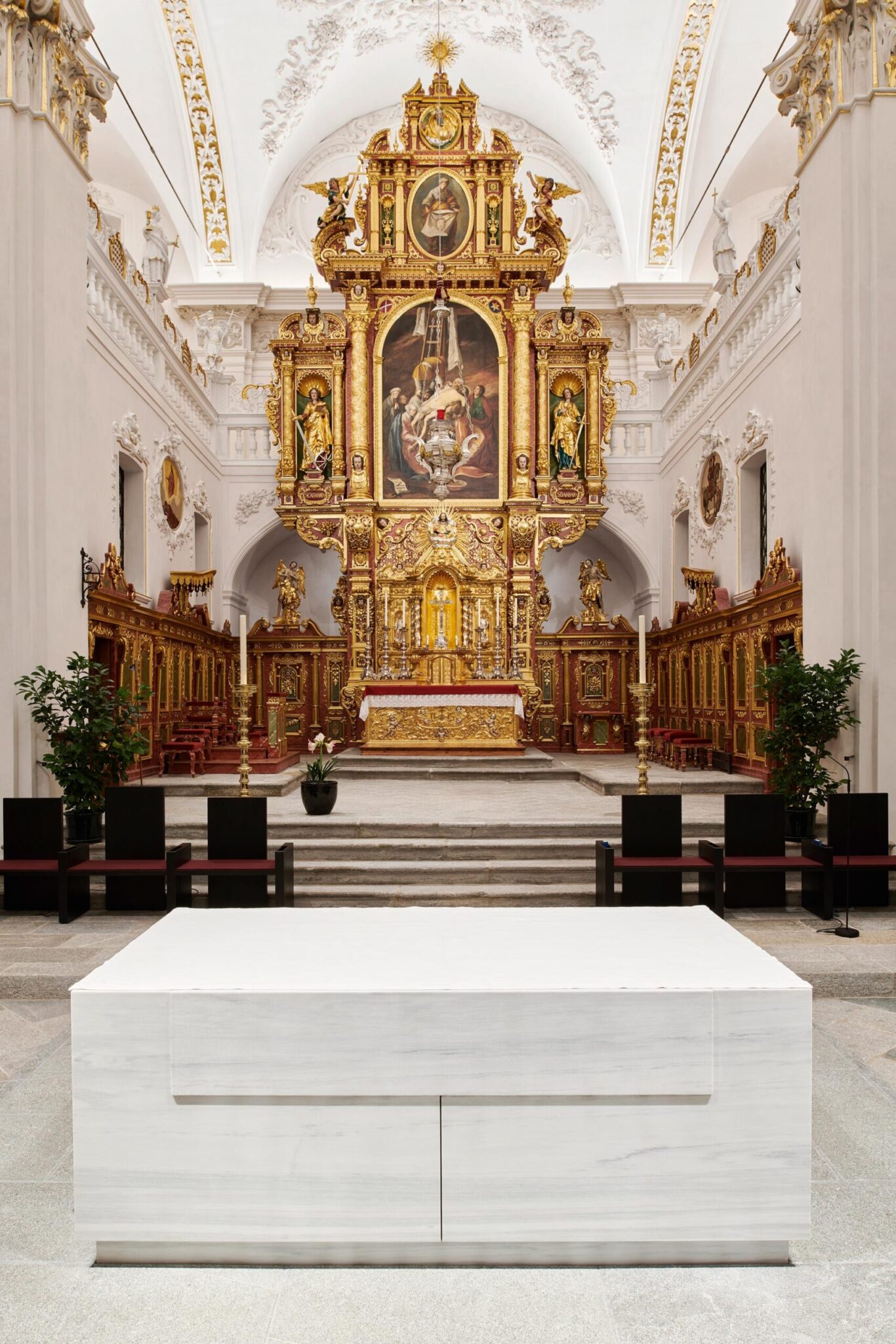 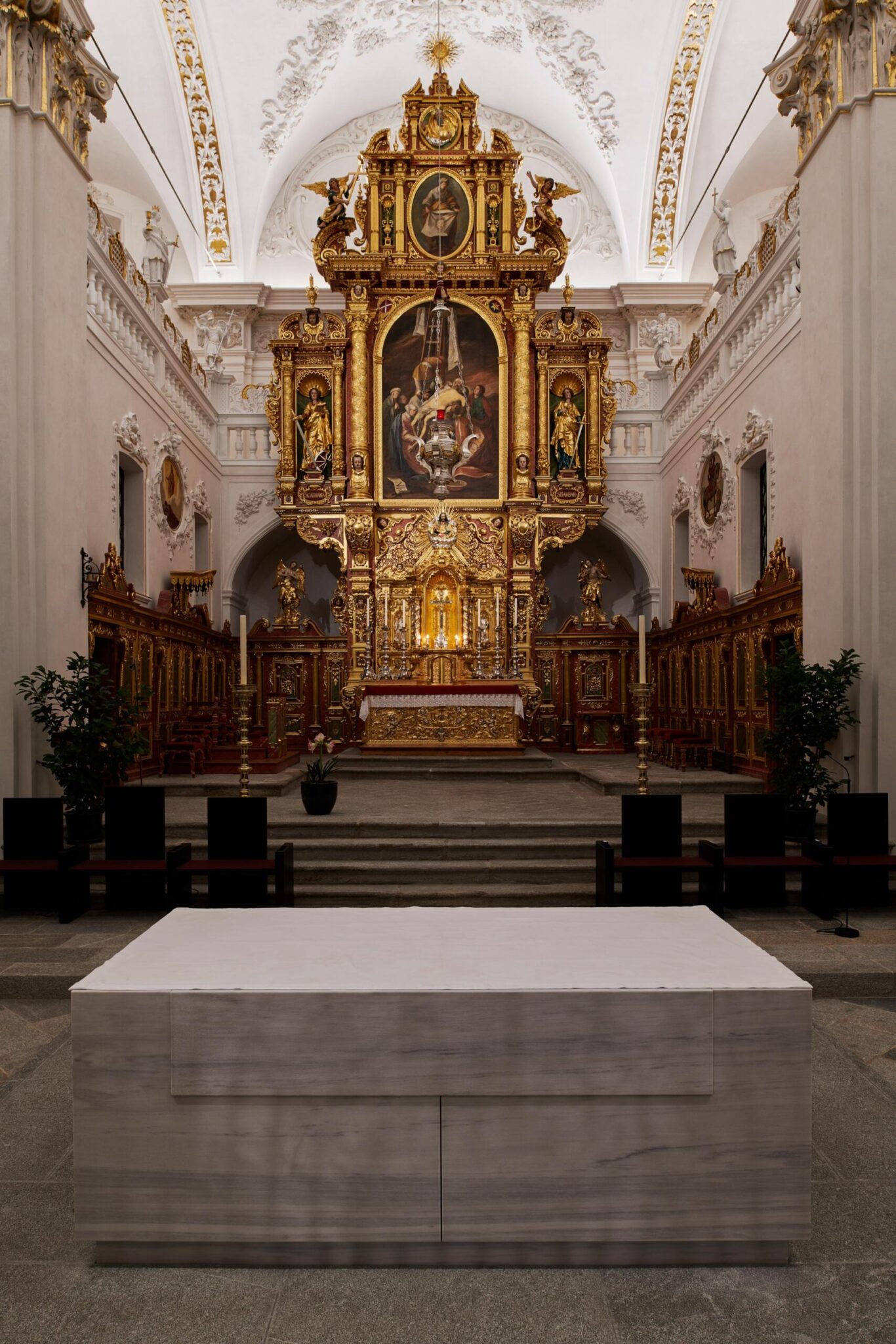 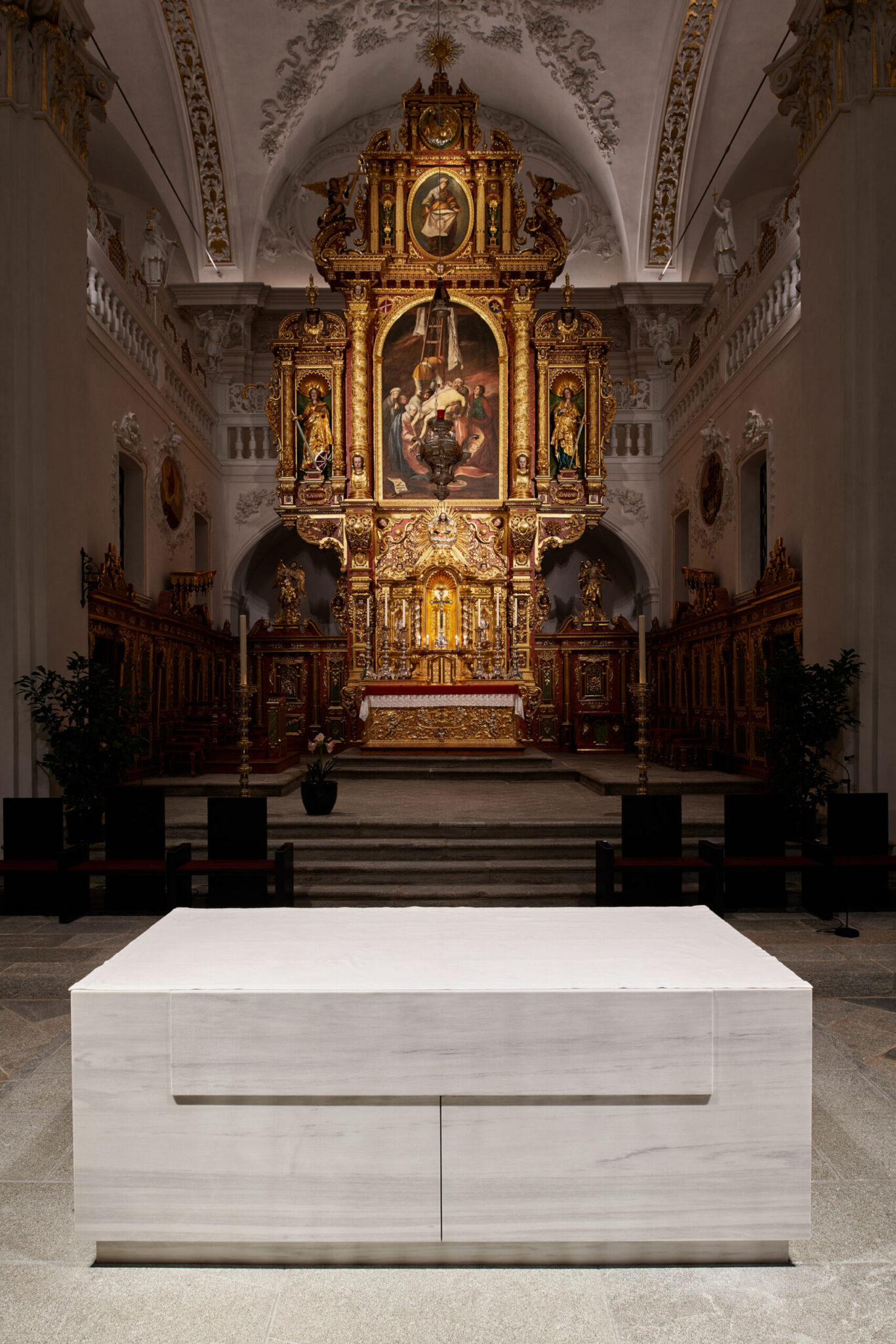 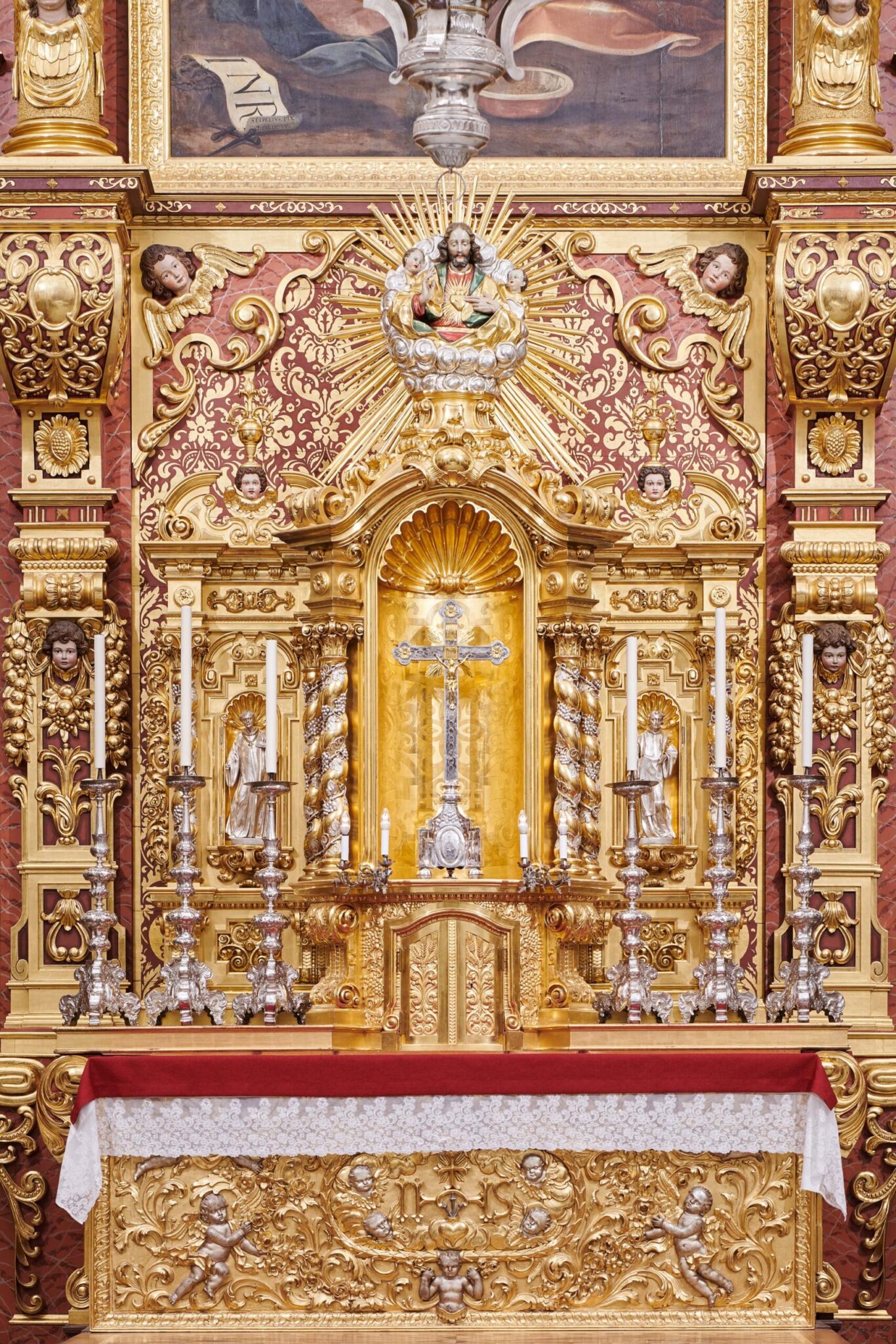 A new celebration altar (design: Kurt Sigrist) made of white Lasaar marble has been the central feature of the choir since the reconstruction. The strong concentration of light makes the altar the brightest point of the church, which additionally emphasises its function and importance.

The handcrafted quality of e.g. the nine altars is emphasised in museum lighting – or, depending on the lighting scene, deliberately reduced to the background. Everywhere it was important to avoid harsh shadows in order to enhance the legibility of the ornamental interior design. 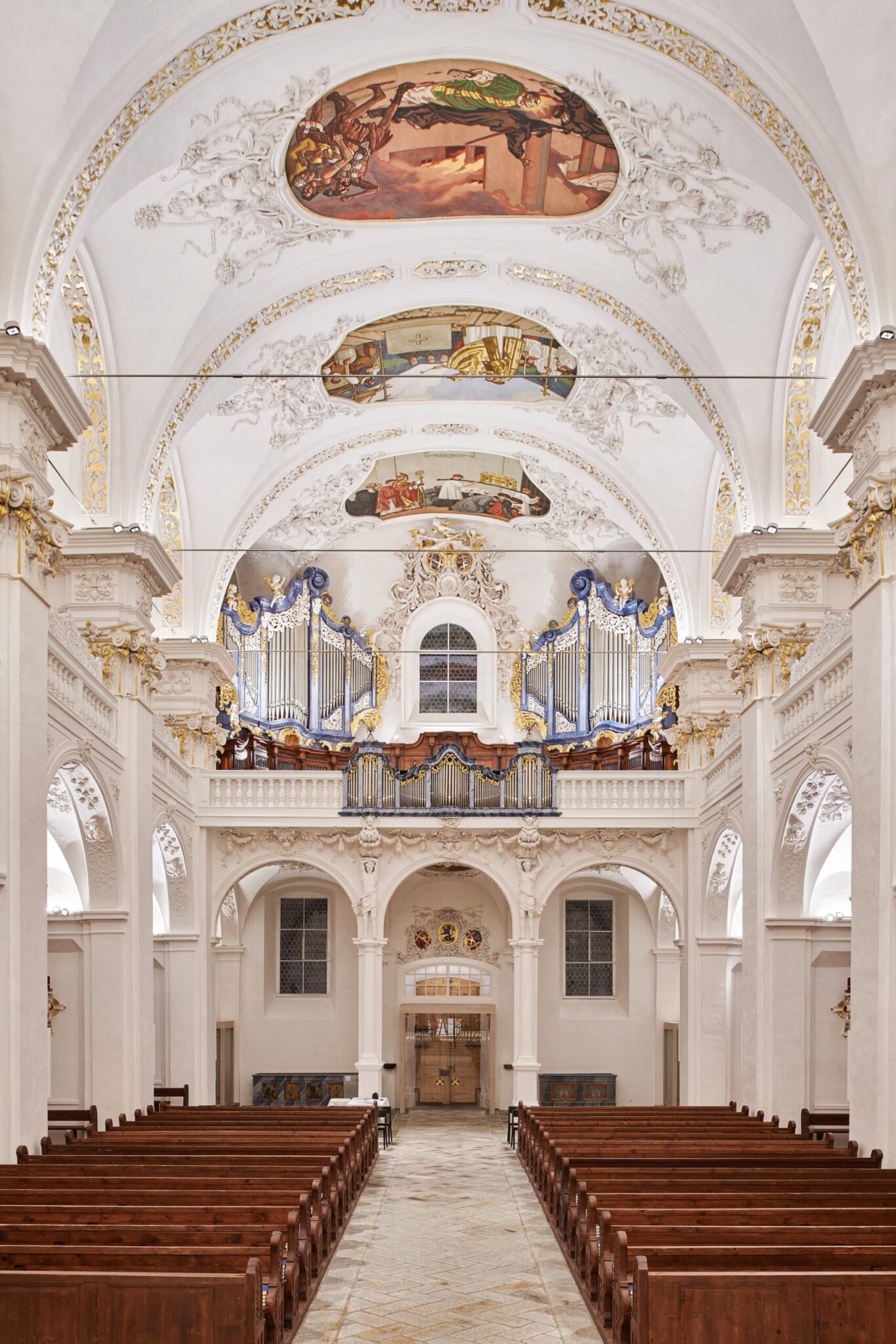 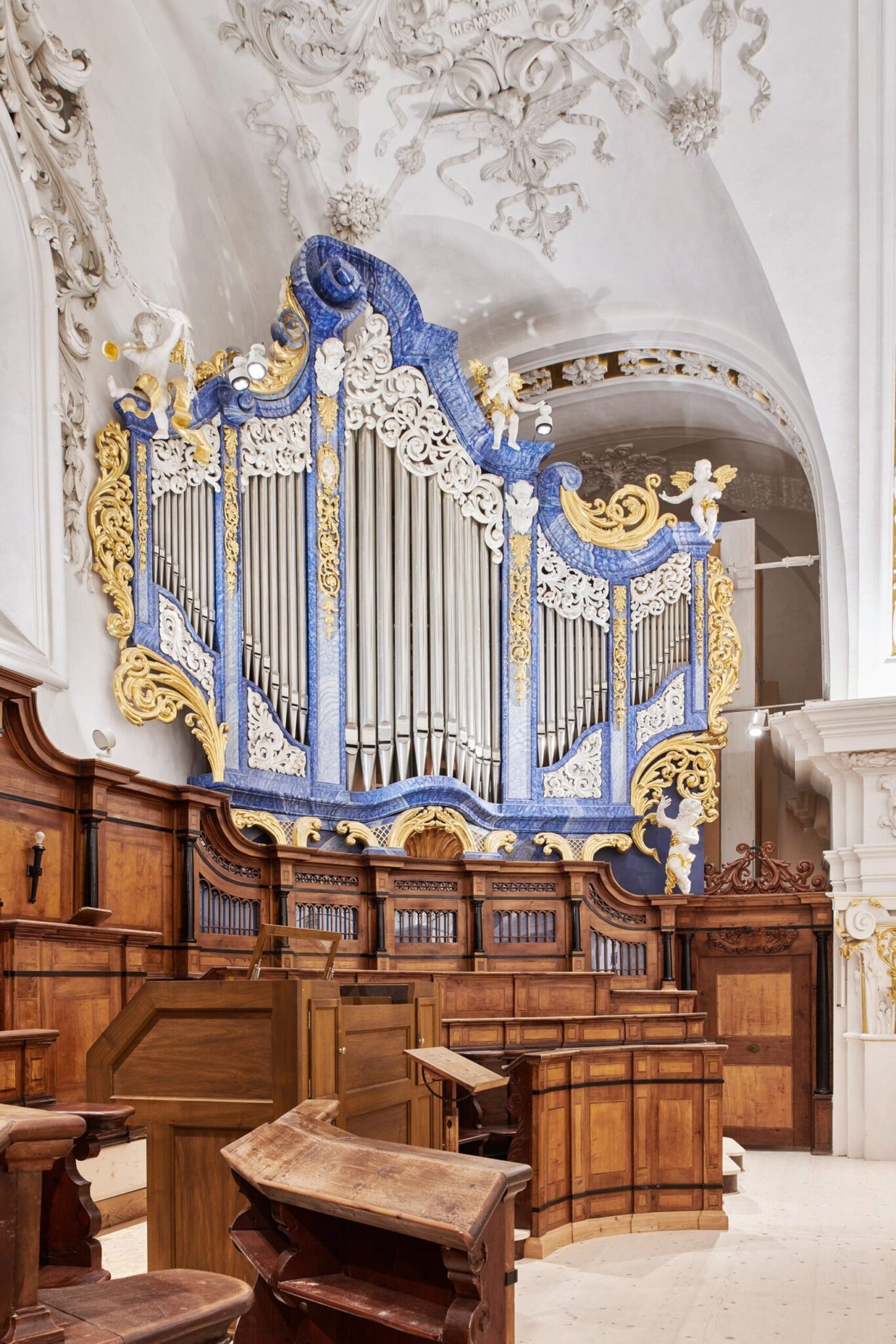 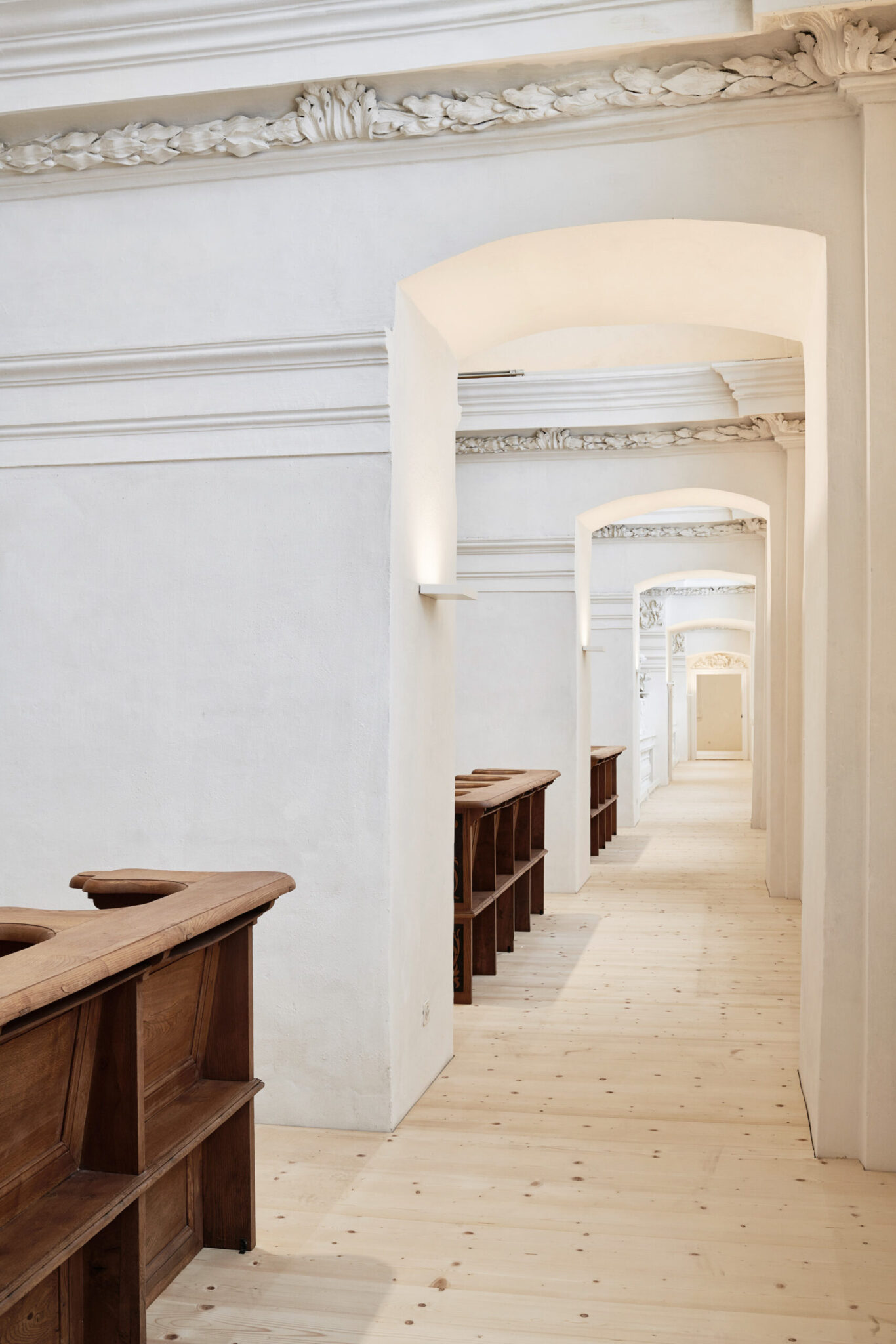 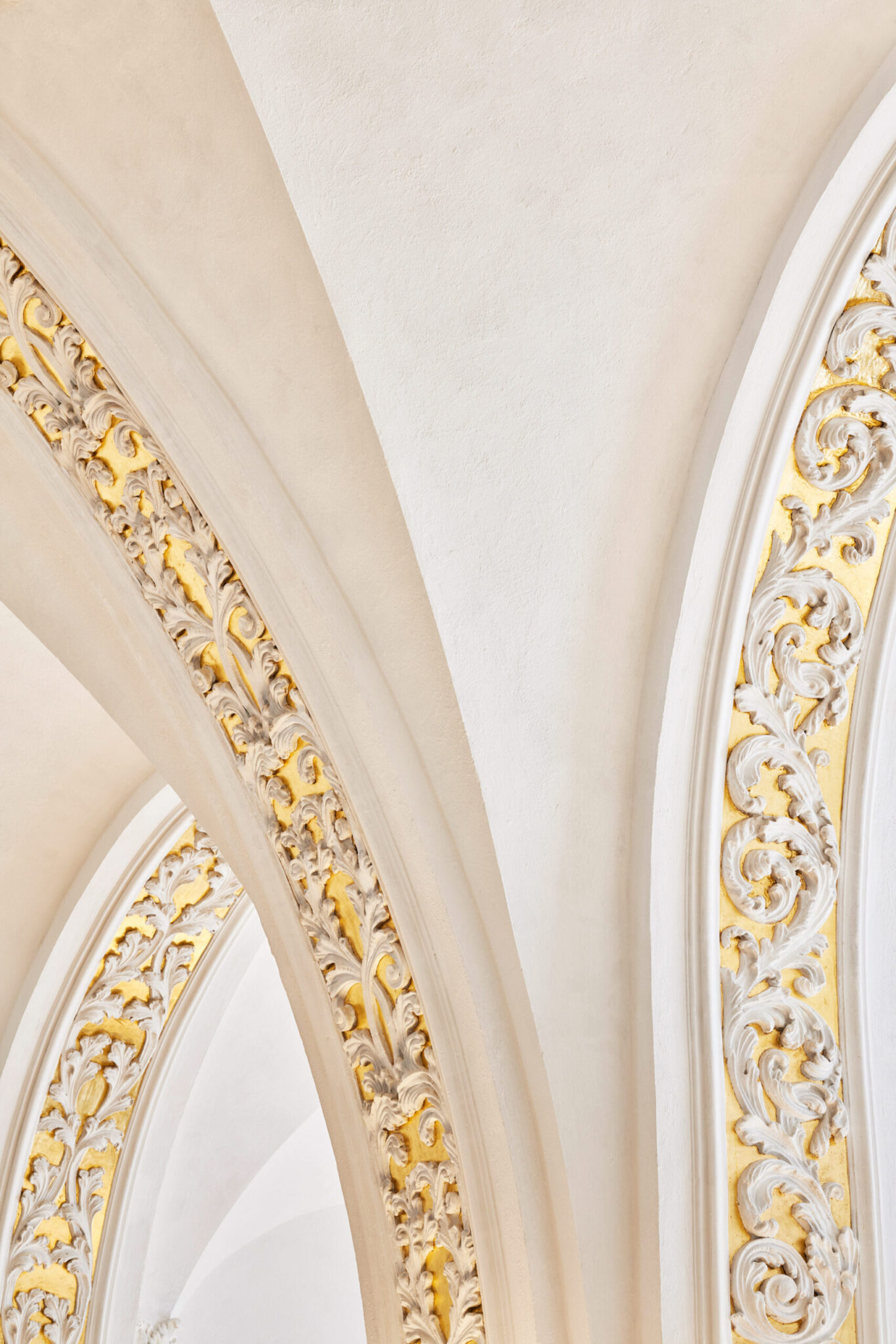 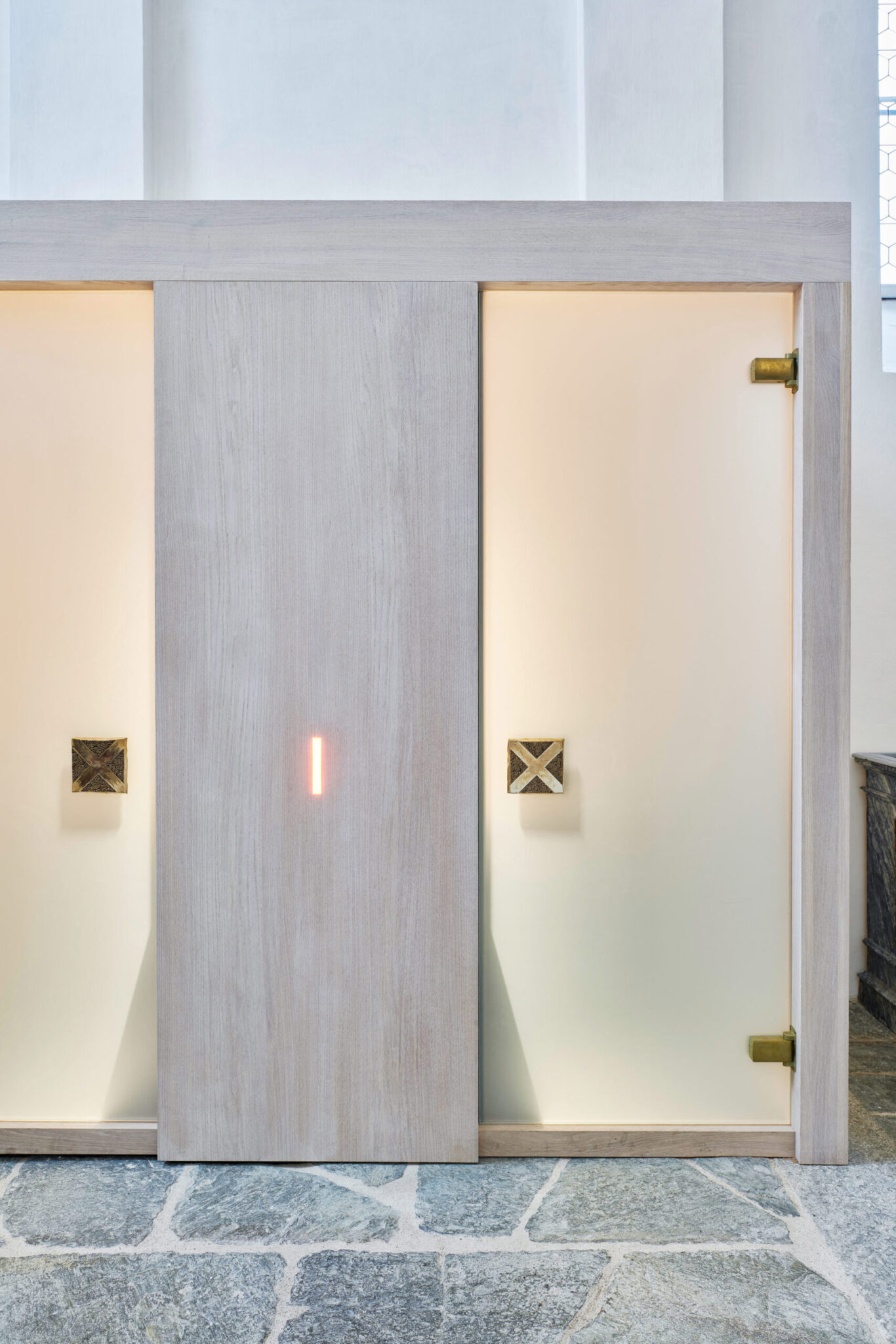 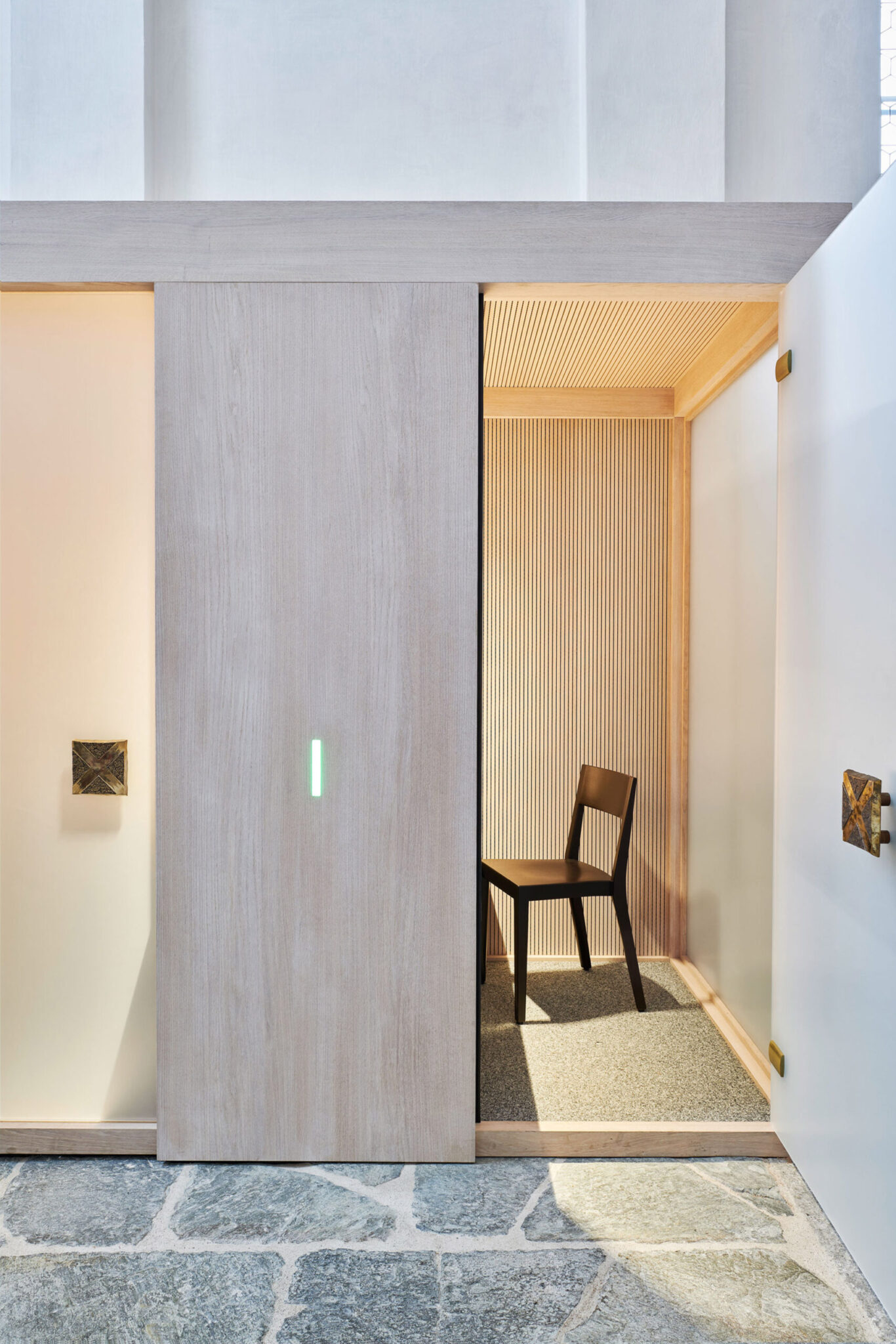 On the gallery, points of light underline the rhythm of the column soffits. Directional spotlights additionally illuminate the seating in the gallery, which ensures that the legibility of the hymnbooks is guaranteed at all seats. For the new confessionals, in addition to glare-free interior lighting, a signal lamp was developed to indicate the occupancy. This was let in between the two doors in a restrained appearance. 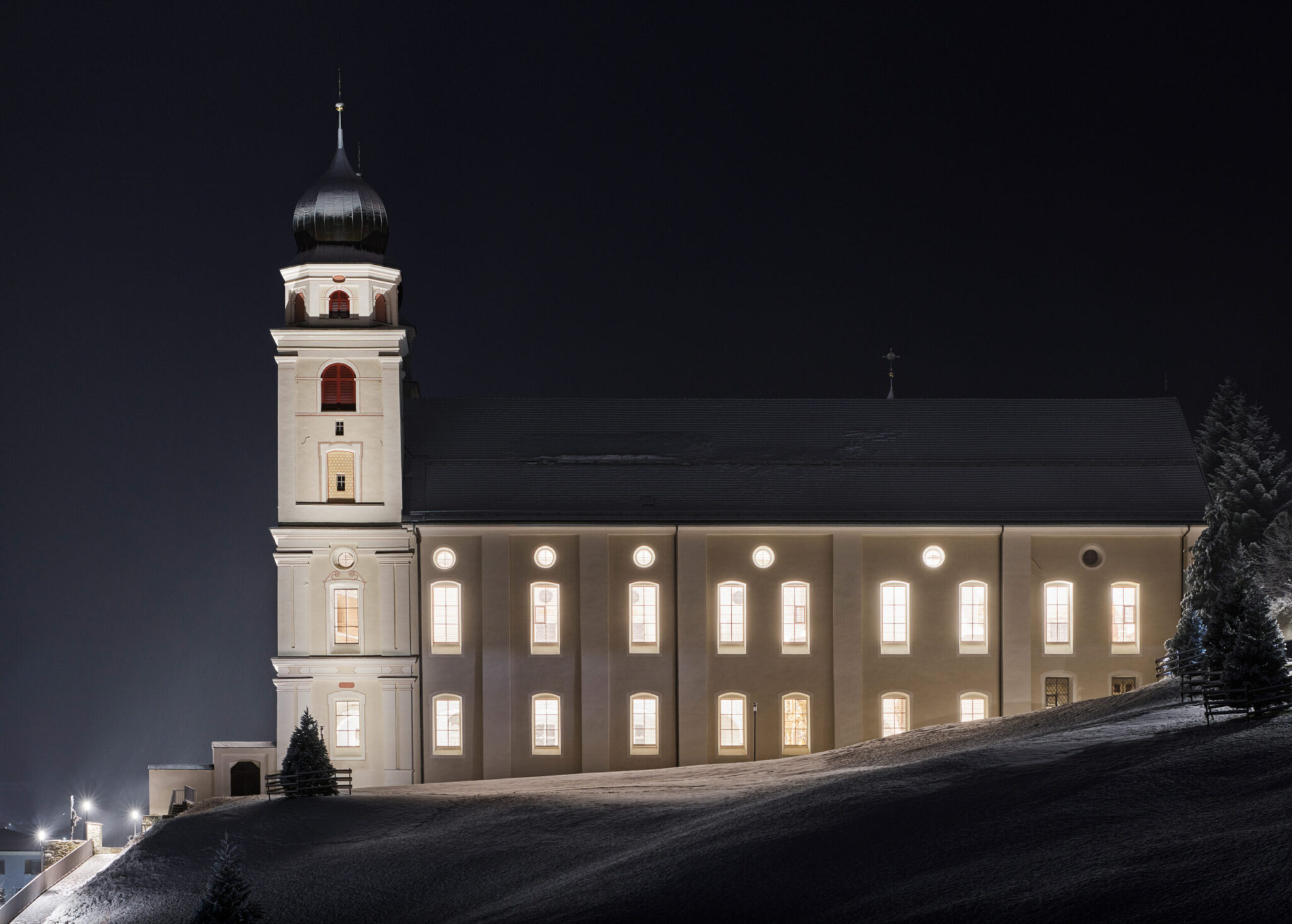 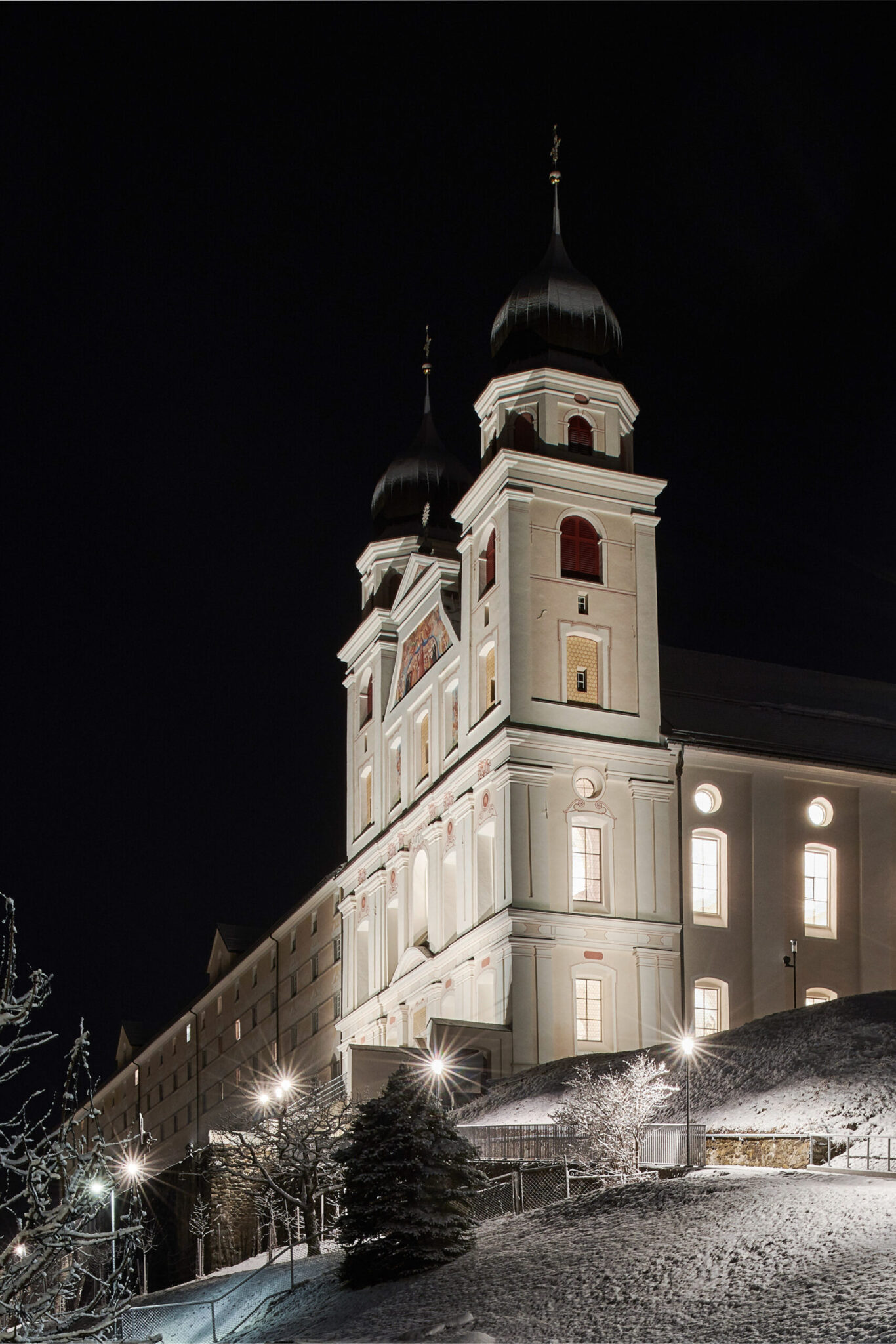